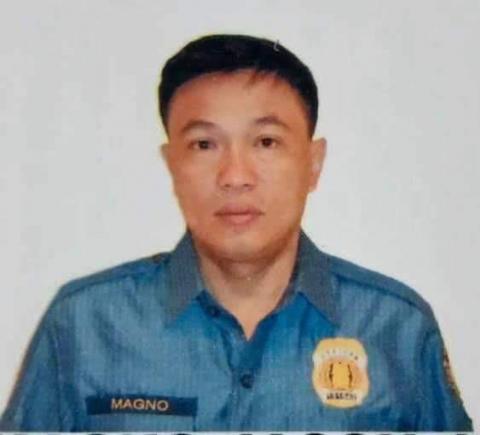 Senator Sonny Angara is set to file a resolution seeking to honor the hero cop who gave his life to save several school children from an armed assailant.

In filing the resolution, Angara said Police Master Sergeant Jason Magno made the ultimate sacrifice when he used his body to cover a grenade thrown by a man who ran amok inside the Initao College campus in Misamis Oriental.

“Master Sergeant Magno responded to the call of duty to protect the lives of civilians. Without thinking of his own safety, he used his body to cover the grenade, saving more lives but tragically losing his own in the process,” Angara said.

“It is only proper that the Senate recognizes Magno for his heroism. It is men like him who represent the best of the PNP and Filipinos as a whole,” Angara added.

Just before noon of November 28, a man wielding a bladed weapon and grenade entered the Initao College campus in Barangay Jampason, Misamis Oriental.

Magno and fellow Master Sergeant Alice Balido responded to the incident and faced the assailant who was threatening the students and faculty of the school.

It was reported that the assailant hurled the grenade, prompting Magno to use his body to cover the explosive in order to shield the civilians in the vicinity.

A total of 10 students and Balido were injured from the incident.

“Master Sergeant Magno’s heroic death should serve as a reminder of the service provided by our brave men and women in the PNP. Every day they risk their lives to keep us safe from criminal elements,” Angara said.

“The Senate expresses its condolences to the family he left behind. We need more heroes like Master Sergeant Magno,” Angara added.

INCOMING DBM SECRETARY NI PBBM, HIGHLY-QUALIFED, MAY MAIPAGMAMALAKING TRACK-RECORD -- ANGARA
Statement of Sen. Sonny Angara on the Appointment of Amenah Pangandaman as DBM Secretary
PDIC charter amendments for a stronger and more resilient banking system—Angara
Kaugnay sa muling paglobo ng COVID cases sa bansa: “MAGPABAKUNA, SUMUNOD SA HEALTH PROTOCOLS AT PATULOY NA PAG-INGATAN ANG KALUSUGAN” - ANGARA
Statement of Committee on Finance Chairman, Sen. Sonny Angara on the signing of the 2022 GAA
Angara reminds PhilHealth of their obligations to the public
Angara: Don’t let vaccines go to waste-- Allow booster shots for private sector workers
Threat of Omicron highlights need to improve biosurveillance and genome sequencing capabilities—Angara
SEN. ANGARA ON THE THREAT OF HOSPITALS TO WITHDRAW FROM PHILHEALTH SYSTEM BECAUSE OF DELAYED REIMBURSMENTS OF CLAIMS:
Angara: Decline in COVID cases should not result in complacency
Angara: Go the extra mile to vaccinate our senior citizens
Angara to DOLE: Targeted interventions needed to ensure no one is left behind
It’s about time to rebuild the homes of the people of Marawi—Angara
Angara: Benefits for health workers should continue while the COVID pandemic is in place
Angara urges youth impacted by COVID to avail of jobs under the Expanded SPES Law
Angara: The national budget must be able to keep pace with COVID-19
Angara hopes to finally see the passage of the Magna Carta of Filipino Seafarers
Angara: Move towards digital payments welcome to all sectors
Angara tells DOH to speed up hiring of doctors and nurses for public hospitals
Angara to DOH: Provide health workers with hazard allowance as mandated by law
END_OF_DOCUMENT_TOKEN_TO_BE_REPLACED