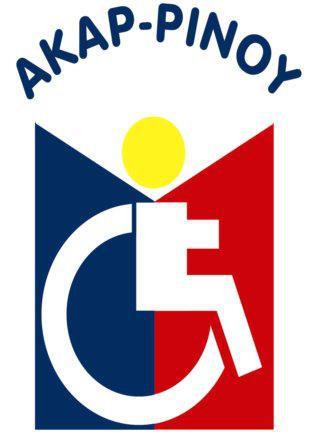 An umbrella organization of persons with disabilities (PWDs) and a 46-year-old institution caring for the differently abled have thrown their weight behind the reelection bid of Senator Sonny Angara, who pushed for laws championing the interests and welfare of the PWD community.

Citing Angara’s “invaluable work and dedication for the PWD community,” the Alyansa ng May Kapansanang Pinoy (AKAP-Pinoy) and the Tahanang Walang Hagdan Inc. (TWHI) issued separate statements endorsing the candidacy of the lawmaker from Aurora province who is running under the platform “Alagang Angara.”

“With Senator Angara as our partner in the Senate, we are confident that more measures will give persons with [PWDs] an opportunity to be empowered.  Thus, we are proud to stand by Senator Sonny’s bid for re-election,” the AKAP-Pinoy and TWHI said.

AKAP-Pinoy is a federation of 450 organizations of and for PWDs in the country, while TWHI is a rehabilitation center founded in 1973 to provide skills training and special education to PWDs.

In championing PWDs, Angara was living up to the legacy of his father, the late Senate President Edgardo Angara, who created the law providing for 20 percent discount for goods and services to the PWD community.

This benefit was expanded by the younger Angara when he co-authored the laws exempting PWDs from payment of the 12-percent value-added tax and mandatory inclusion of PWDs in PhilHealth.

For his outstanding contributions in advancing the rights and welfare of PWDs, Angara was conferred the Apolinario Mabini Award by the Philippine Foundation for the Rehabilitation of the Disabled.

The award was named after national hero Apolinario Mabini, also known as the “sublime paraplegic” for his outstanding contribution to the Philippine Revolution despite his disability.

Angara celebrates the enactment of three laws for the youth
Statement of Sen Angara on the Enactment into Law of the Social Pension for Seniors
Sen. Angara on the passing of former Pres. Fidel V Ramos
Angara-- Restore the heritage sites damaged by the Abra quake at the soonest possible time
Angara sees the establishment of satellite specialty hospitals as timely and doable
Reaksyon ni Sen. Sonny Angara sa SONA ni PBBM
Statement of Senator Sonny Angara
INCOMING DBM SECRETARY NI PBBM, HIGHLY-QUALIFED, MAY MAIPAGMAMALAKING TRACK-RECORD -- ANGARA
Statement of Sen. Sonny Angara on the Appointment of Amenah Pangandaman as DBM Secretary
PDIC charter amendments for a stronger and more resilient banking system—Angara
Kaugnay sa muling paglobo ng COVID cases sa bansa: “MAGPABAKUNA, SUMUNOD SA HEALTH PROTOCOLS AT PATULOY NA PAG-INGATAN ANG KALUSUGAN” - ANGARA
Statement of Committee on Finance Chairman, Sen. Sonny Angara on the signing of the 2022 GAA
Angara reminds PhilHealth of their obligations to the public
Threat of Omicron highlights need to improve biosurveillance and genome sequencing capabilities—Angara
Angara: Don’t let vaccines go to waste-- Allow booster shots for private sector workers
SEN. ANGARA ON THE THREAT OF HOSPITALS TO WITHDRAW FROM PHILHEALTH SYSTEM BECAUSE OF DELAYED REIMBURSMENTS OF CLAIMS:
Angara: Decline in COVID cases should not result in complacency
Angara: Go the extra mile to vaccinate our senior citizens
Angara to DOLE: Targeted interventions needed to ensure no one is left behind
It’s about time to rebuild the homes of the people of Marawi—Angara
END_OF_DOCUMENT_TOKEN_TO_BE_REPLACED