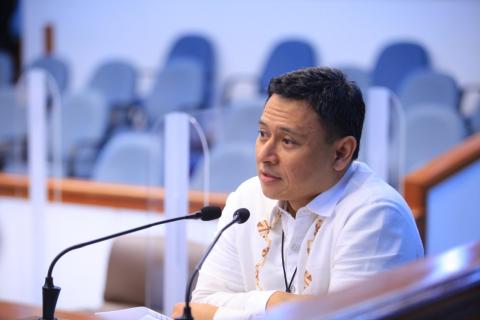 Apart from ensuring the government’s response to the COVID-19 pandemic, Senator Sonny Angara said today the P4.5 trillion national budget for 2021 also provides funding for several new laws that have far-reaching impacts on the lives of Filipinos.

Angara, the chairman of the Committee on Finance that went over the budget measure, said the first priority for the 2021 national budget was clearly COVID response and Congress made sure there will be sufficient funding to cover for items such as the purchase of vaccines, testing, contact tracing and treatment.

“In our budget deliberations we went over all of the priorities set by the government and the requirements of the different departments and agencies. We also made sure that our recently-enacted laws would be funded so as not to render them irrelevant,” Angara said.

Angara explained that some of these “recent” laws were enacted three years ago,  over the past year, awaiting signature by the President or are bills that have progressed significantly in Congress.

These include Senate Bill 1520 or the Medical Scholarship and Return Service Program or the Doktor Para sa Bayan Act, which is now awaiting the signature of the President.

The measure seeks to produce more doctors to attend to the health needs of Filipinos in all parts of the country by providing full medical scholarships to qualified and deserving students.

It also contains a provision for the development of medical schools in state universities and colleges, which was also addressed in the 2021 budget.

To ensure that cancer patients would receive much needed assistance in compliance with Republic Act 11215 or the National Integrated Cancer Control Act, Congress provided P620 million to the Department of Health (DOH) for its cancer assistance fund and for cancer medicines for children.

For the implementation of RA 11036 or the Mental Health Act, a total of P434.5 million was provided in the budgets of the DOH and Department of Social Welfare and Development.

To further expand and improve the coverage of free Wifi in public places, the Department of Information and Communications Technology was provided with P3.225 billion. This is for the implementation of RA 10929 or the Free Internet Access in Public Places Act.

The Department of Education (DepEd) was provided with P1.365 billion for the increase in the teaching supplies allowance for public school teachers from the present P3,500 to P5,000 in 2021.

This is contained in Senate Bill 1092, which seeks to raise this much needed allowance of the teachers over a span of three school years until it reaches P10,000. The Senate has requested the House of Representatives for its concurrence to the said bill.

The registration for the Philippine Identification System (RA 11055) or the national ID system is ongoing and to ensure all targets and schedules are met, the Philippine Statistics Authority was provided with P4.32 billion in its budget. Another P2.5 billion was also included under the unprogrammed appropriations for the same purpose.

Under the judiciary, to help clear up the courts’ dockets and to reduce or eliminate violent attacks against judges, a total of P295 million was provided for the implementation of RA 11459 or the Judges-at-Large Act and the creation of the Judicial Marshal Service, which is currently pending in Congress.

For two newly-created agencies—the Philippine Space Agency and the National Commission of Senior Citizens, they will get P313.717 million and P25 million respectively.

The National Academy of Sports, created by virtue of RA 11470, which was enacted last June 9, 2020, will start construction next year with a P729 million funding under the Bases Conversion and Development Authority and P264.6 million under the DepEd for the other requirements for its establishment

To provide more training for work scholarships under RA 11230 or the Tulong Trabaho Act, the Technical Education and Skills Development Authority was provided with P1.021 billion.