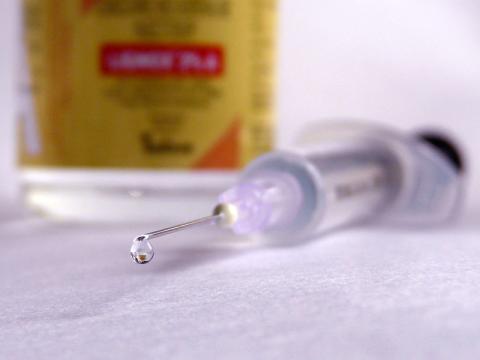 The Department of Health (DOH) will have a total of P7.54 billion for its national immunization program in 2020, Senator Sonny Angara said today.

Under the program, vaccines will be administered for free to children, pregnant women, men and women.

The Department of Education would be part of the program through the administration of vaccines against tetanus, diphtheria, measles and rubella to 2.4 million Grade1 and 1.9 million Grade 7 students.

Some 2.7 million pregnant women will be given anti-tetanus vaccines while for the elderly, two million flu shots and 500,000 units of pneumonia vaccines will be made available.

There are other developments or health crisis that the DOH has to take into account such as the outbreak of dengue and polio, which would definitely require additional funding to address.

The proposed P160 billion budget of the DOH has already been taken up at the committee level and will be subject to further scrutiny during the plenary debates on the 2020 national budget next month.

During the plenary debates, senators would be allowed to introduce their respective amendments, which could mean augmenting or reducing particular items in the proposed budgets of the different agencies.

Angara: Funding for the higher social pension for indigent seniors ensured under the 2023 GAA
Angara calls for institutional reforms in CAAP as part of the long-term solutions to the problems of Philippine civil aviation
Angara says funds are available to ensure the continued implementation of the Libreng Sakay program at the start of 2023
Statement of Senate Committee on Finance Chairman Sonny Angara on the Signing of the 2023 GAA
Brownlee’s naturalization will provide a big boost to Gilas Pilipinas
Angara says the Senate budget will provide targeted “ayuda” to the sectors who need it
SENATE APPROVES THE MARCOS ADMINISTRATION'S FIRST BUDGET
Angara namahagi ng tulong sa mga lugar na sinalanta ng Bagyong Paeng
Angara pushes for conversion COVID isolation facilities to evacuation centers for disasters
Angara: It's about time to recognize and do something about the plight of the country's Indigenous Peoples
Angara has high hopes for Philippine sports with the emergence of more winning elite athletes
Angara- Produce more high quality, high paying jobs to address youth unemployment and underemployment
Angara—Philippines’ hosting of 2023 FIBA World Cup presents countless opportunities for RP hoops and tourism
Angara: Focus on producing higher value industries, higher paying jobs to boost economic growth
Angara supports PPPs as the way to go for many local projects to ensure their implementation
Angara celebrates the enactment of three laws for the youth
Statement of Sen Angara on the Enactment into Law of the Social Pension for Seniors
Sen. Angara on the passing of former Pres. Fidel V Ramos
Angara-- Restore the heritage sites damaged by the Abra quake at the soonest possible time
Angara sees the establishment of satellite specialty hospitals as timely and doable
END_OF_DOCUMENT_TOKEN_TO_BE_REPLACED