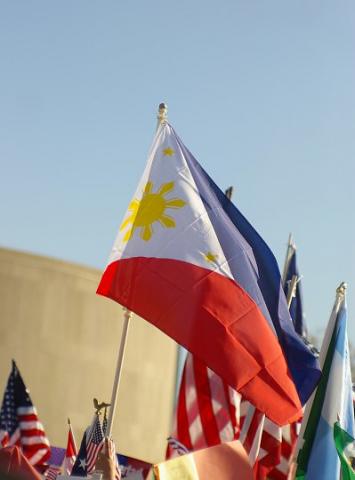 Every day overseas Filipino workers (OFW) are subjected to abuse in one form or another in the countries they are deployed and need all the assistance that they can get from the government.

In April this year, the President signed Republic Act 11299 establishing the Office for Social Welfare Attache and to date, a total of seven active posts have been filled namely Malaysia/Brunei; Jeddah; Riyadh; Kuwait; Hong Kong; Qatar; and Dubai.

Senator Sonny Angara called on the Department of Social Welfare and Development (DSWD) to fill up the five vacant posts in Jordan; Lebanon; South Korea; Italy; and the United Arab Emirates in order to bring the total to 12.

“I have been pushing for the deployment of more Social Welfare Attaches (SWA) in order to provide our OFWs with the assurance that its government cares about them, particularly when they are in distress,” Angara said.

“Every year our OFWs have been remitting billions of dollars back home to their families and this has consistently provided an invaluable boost to our economy. This is why we should be there for them when they need us the most,” Angara added.

Angara, who is chairman of the Senate Committee on Finance, aired his confidence that the Senate would provide funding for, at the very least, another eight SWAs in 2020, if the DSWD is able to fill up the five vacant posts already.

“I have already asked my staff to study if we can increase the number of authorized posts to 30. Clearly, the scaling up of the deployment of these important frontline personnel has long been delayed. The attache-to-OFWs ratio is dismally low. We have to reverse the trend,” Angara said.

For 2020, the DSWD has a proposed budget of P156.7 billion, an increase of P18 billion from the current year’s budget.

According to the Philippine Statistics Authority, there are currently 2.3 million OFWs as of 2018.

Around 56 percent of the total consists of women, who are usually more vulnerable to abuse.

“With so many OFWs scattered all over the world, seven SWAs are clearly not enough to look after the needs of all who are in distress or who underwent traumatic incidents,” Angara said.

INCOMING DBM SECRETARY NI PBBM, HIGHLY-QUALIFED, MAY MAIPAGMAMALAKING TRACK-RECORD -- ANGARA
Statement of Sen. Sonny Angara on the Appointment of Amenah Pangandaman as DBM Secretary
PDIC charter amendments for a stronger and more resilient banking system—Angara
Kaugnay sa muling paglobo ng COVID cases sa bansa: “MAGPABAKUNA, SUMUNOD SA HEALTH PROTOCOLS AT PATULOY NA PAG-INGATAN ANG KALUSUGAN” - ANGARA
Statement of Committee on Finance Chairman, Sen. Sonny Angara on the signing of the 2022 GAA
Angara reminds PhilHealth of their obligations to the public
Angara: Don’t let vaccines go to waste-- Allow booster shots for private sector workers
Threat of Omicron highlights need to improve biosurveillance and genome sequencing capabilities—Angara
SEN. ANGARA ON THE THREAT OF HOSPITALS TO WITHDRAW FROM PHILHEALTH SYSTEM BECAUSE OF DELAYED REIMBURSMENTS OF CLAIMS:
Angara: Decline in COVID cases should not result in complacency
Angara: Go the extra mile to vaccinate our senior citizens
Angara to DOLE: Targeted interventions needed to ensure no one is left behind
It’s about time to rebuild the homes of the people of Marawi—Angara
Angara: Benefits for health workers should continue while the COVID pandemic is in place
Angara urges youth impacted by COVID to avail of jobs under the Expanded SPES Law
Angara: The national budget must be able to keep pace with COVID-19
Angara hopes to finally see the passage of the Magna Carta of Filipino Seafarers
Angara: Move towards digital payments welcome to all sectors
Angara tells DOH to speed up hiring of doctors and nurses for public hospitals
Angara to DOH: Provide health workers with hazard allowance as mandated by law
END_OF_DOCUMENT_TOKEN_TO_BE_REPLACED