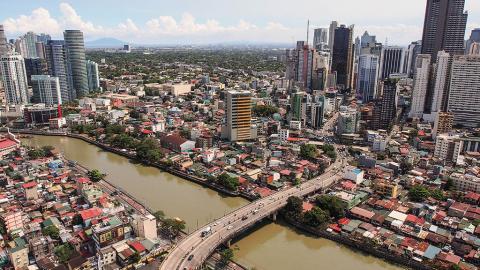 Government has no choice but to tap the full potential of the Pasig River "as a nautical road" which can ease  the “terrible congestion” in Metro Manila roads, Sen. Sonny Angara said today.

“I think the first order of business is to make the ferry system financially buoyant again,” Angara, chair of the Senate finance committee, said.

He said next year’s proposed P74  million national government subsidy to the Metro Manila Development Authority for running a ferry along parts of the river’s original 15-kilometer service route  “is clearly not enough.“

“We are open to increasing the subsidy if the MMDA can submit a  program on where the additional subsidy would be spent," Angara  said.

Given Metro Manila’s barely-moving traffic, he scored the lack of attention in optimizing “a maritime highway that is wider than EDSA.”

He said  the Department of Budget and Management- proposed Pasig ferry subsidy “for one whole year is  what government will spend in just  five days in 2020 to subsidize the MRT 3 operations.”

At its peak more than a decade ago, 10 airconditioned boats were running  along a 15-kilometer, 17-station  Manila-Pasig City route.

Angara said to revive the service, a  “master plan with yearly expansion, funding and performance targets” is required.

“We can pursue the modernization in annual installments."

In August 2016, the Department of Transportation pegged at P2.65 billion the cost of 20 new  100-passenger vessels, rehabilitating  10 passenger terminals, and annual river dredging. (30)

Angara: Go the extra mile to vaccinate our senior citizens
Angara to DOLE: Targeted interventions needed to ensure no one is left behind
It’s about time to rebuild the homes of the people of Marawi—Angara
Angara: Benefits for health workers should continue while the COVID pandemic is in place
Angara urges youth impacted by COVID to avail of jobs under the Expanded SPES Law
Angara: The national budget must be able to keep pace with COVID-19
Angara hopes to finally see the passage of the Magna Carta of Filipino Seafarers
Angara: Move towards digital payments welcome to all sectors
Angara tells DOH to speed up hiring of doctors and nurses for public hospitals
Angara to DOH: Provide health workers with hazard allowance as mandated by law
OWWA Law provides benefits and assistance to repatriated OFWs from Afghanistan-- Angara
Angara to PhilHealth: Expedite the settlement of hospital claims
Angara: Ramp up biosurveillance and genome sequencing to control the spread of new COVID-19 variants
Angara thanks the DOF and BIR for suspending the controversial tax on schools
Angara: 2022 budget should map out the road to recovery from the COVID-19 pandemic
STATEMENT OF SEN. SONNY ANGARA
Provide accommodations to public school teachers who need it the most-- Angara
Angara pushes for satellite venues for PRC licensure examinations
Angara to push for scholarships in foreign universities for deserving students
Angara: Benefits for health frontliners, other provisions to continue even after B2 extension expiry
END_OF_DOCUMENT_TOKEN_TO_BE_REPLACED