Senator Angara is one of the most hardworking and productive senators, with MORE THAN 200 LAWS PASSED. First, as congressman of Aurora Province from 2004 to 2013, then as senator from 2013 to present.

Like his father, the late Sen. Edgardo Angara, Sen. Sonny Angara values education as a tool to fight poverty. His father authored the Free High School Law, while Sen. Angara is one of the authors of:

To ensure that poor Filipinos are covered by PhilHealth (law authored by his dad), Sen. Sonny pushed for the Universal Health Care Act that guarantees free medical check-ups, laboratory tests, and medicines. He also authored the following:

While his father authored the Migrant Workers and Overseas Filipino Act that promotes OFW safety, Sen. Angara sponsored the:

Currently working on: The Magna Carta of Workers in the Informal Economy, and the First Time Jobseekers Bill.

Sen. Angara sponsored the National Athletes and Coaches Benefits and Incentives Law which:

He also sponsored the creation of the Philippine Sports Training Center and laws establishing sports academies and training centers all over the country to jumpstart grassroots sports development. pushing for.

In recognition of his efforts to develop Philippine sports, Sen. Angara was named Chairman of the Samahang Basketbol ng Pilipinas.

While the late Angara was known as the “Father of the Senior Citizens Law” that provides a 20% discount to the elderly, Sen. Angara expanded this law by giving senior citizens 12% exemption on food, medicines, and other goods and services, and by extending such discount and VAT exemption to persons with disabilities (PWDs).

He is now pushing for 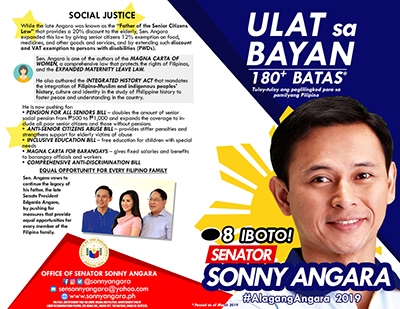 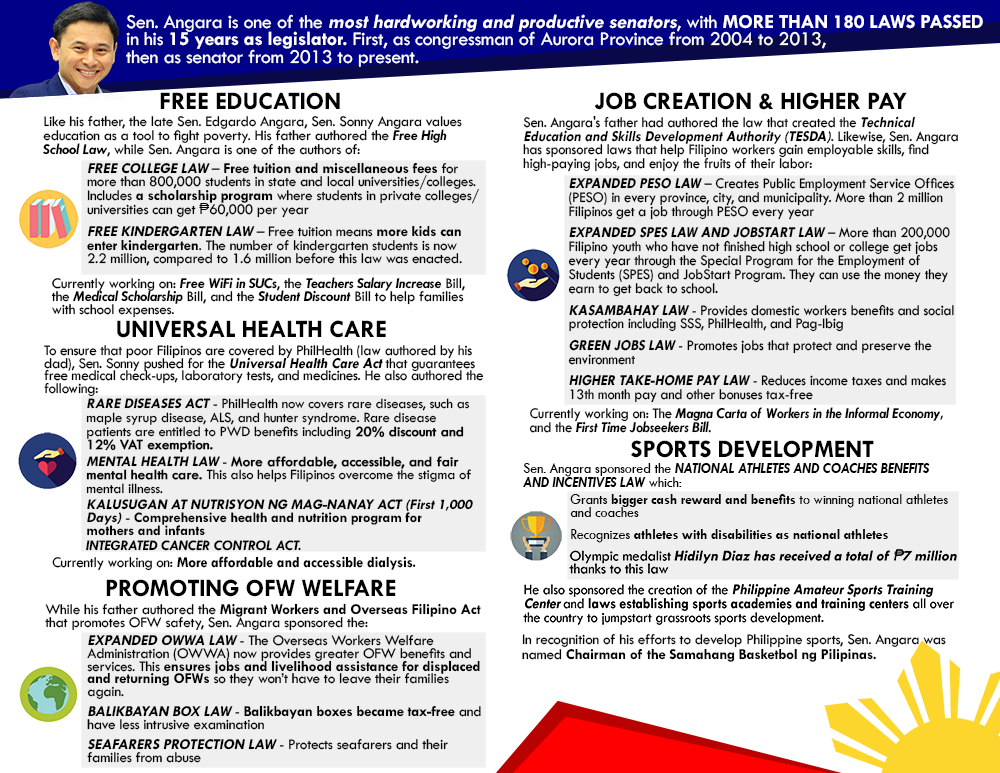